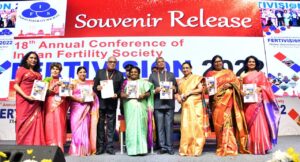 The 18th annual conference of the Indian Fertility Society (IFS), FERTIVISION 2022, was held in #Hyderabad from 9th-11th December and was attended by national and international dignitaries, medical students, and interns.

It was headed by Dr. K.D. Nayar, President of the IFS, along with Dr. Surveen Ghumman, Secretary General of the IFS, and Dr. Roya Rozati, Secretary of the IFS Telangana, who served as the Local Organizing Chairperson. 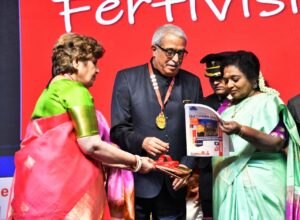 On the 9th of December, the event was kick-started at Shadan Institute of Medical Sciences and the Governor of Telangana smt Dr Tamilisai Soundararajan inaugurated FERTIVISION 2022 at Hyderabad International Convention Centre (HICC) that same evening.

Dr. Roya Rozati welcomed all the esteemed guests at the event with her warm speech, which illuminated the reason behind choosing Hyderabad for the annual event and she also described India as the center of medical excellence and an emerging capital of advanced technology. After Dr. Roya, the Governor made a speech in which she highlighted the issue of fertility problems in India. Over the course of three days, the event was attended by various scientific personalities from more than 15 countries and many cities in India. Participants also had the opportunity to take part in various activities and workshops. The event concluded on 11th December with a vote of thanks given by Dr. K.D. Nayar, President of the IFS, to all the dignitaries, invited guests, and participants.