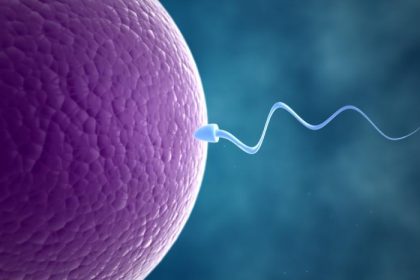 Infertility
refers to an inability to conceive after having regular unprotected
sex. Infertility can also refer to the biological inability of an
individual to contribute to conception, or to a female who cannot carry
a pregnancy to full term. In many countries infertility refers to a
couple that has failed to conceive after 12 months of regular sexual
intercourse without the use of contraception.Studies indicate that slightly over half of all cases of infertility
are a result of female conditions, while the rest are caused by either
sperm disorders or unidentified factors. According to The Mayo Clinic,
USA:

According to Medilexicon’s medical dictionary, infertility is “Diminished or absent ability to produce offspring; in either the male or the female, not as irreversible as sterility.”

According to the Department of Health and Human Services, USA,
approximately 10% to 15% of couples in the USA are infertile – meaning
they have not conceived after at least one year of regular, unprotected
sex.

Many cases of apparent infertility are treatable.
Infertility may have a single cause in one of the partners, or it could
be the result of a combination of factors.

Chances of conceiving within one year

In Europe, North America and much of the world approximately 85% of
couples will conceive within one year if they have regular unprotected
sex. Averages in the UK are as follows (National Health Service):

Therefore, doctors in the UK will not usually diagnose a couple as
infertile until 24 months have passed without conception and regular
unprotected sex. Most people will see their GP (general practitioner,
primary care physician) if there is no pregnancy within 12 months.

According to the National Health Service, UK, a couple that has been
trying to conceive for over three years has a maximum 25% chance of
conceiving over the subsequent 12 months if they continue trying. What
are the risk factors of infertility? In medicine, a risk factor is
something that raises the risk of developing a condition, disease or
symptom. For example, obese people are more likely to develop diabetes type 2 compared to people of normal weight; therefore, obesity is a risk factor for diabetes type 2.

Causes of infertility in women

Causes of infertility in men

Semen is the milky fluid that a man’s penis releases during orgasm.
Semen consists of fluid and sperm. The fluid comes from the prostate
gland, seminal vesicle and other sex glands. The sperm is produced in
the testicles. During orgasm a man ejaculates (releases semen through
the penis). The seminal fluid helps transport the sperm during
ejaculation. The seminal fluid has sugar in it – sugar is an energy
source for sperm.

Abnormal semen is responsible for about 75%
of all cases of male infertility. Unfortunately, in many cases doctors
never find out why. The following semen problems are possible:

Sperm must be the right shape and able to travel rapidly and
accurately towards the egg. If the sperm’s morphology (structure) and
motility (movement) are wrong it is less likely to be able to reach the
egg and fertilize it.

The following may cause semen to be abnormal:

Diagnosing infertility Most people will visit their GP (general
practitioner, primary care physician) if there is no pregnancy after 12
months of trying. For anybody who is concerned about fertility,
especially if they are older (women over 35), it might be a good idea
to see a doctor earlier. As fertility testing can sometimes take a long
time, and female fertility starts to drop when a woman is in her
thirties, seeing the doctor earlier on if you are over 35 makes sense.

A GP can give the patient advice and carry out some preliminary
assessments. As it takes two to make a baby it is better for both the
male and female to see the doctor together.

Before undergoing
testing for fertility it is important that the couple be committed. The
doctor will need to know what the patients’ sexual habits are, and may
make recommendations regarding them. Tests and trials might extend
over a long period. Even after thorough testing, no specific cause is
ever found for 30% of infertility cases.

In some countries where universal healthcare cover does not exist, evaluation and eventual treatment may be expensive.

What are the treatment options for infertility? This will depend on
many factors, including the age of the patient(s), how long they have
been infertile, personal preferences, and their general state of
health. Even if the woman has causes that cannot be corrected, she may
still become pregnant.

The couple may be advised to have sexual intercourse more often. Sex
two to three times per week may improve fertility if the frequency was
less than this. Some fertility experts warn that too-frequent sex can
lower the quality and concentration of sperm. Male sperm can survive
inside the female for up to 72 hours, while an egg can be fertilized
for up to 24 hours after ovulation.

Injectable fertility drugs can sometimes be the victims of their own
success and cause multiple births – when the woman gets pregnant she has
twins, triplets, or perhaps more babies in one go. Oral fertility
drugs also raise the risk of multiple pregnancies, but much less so
than injectable ones. It is important to monitor the patient carefully
during treatment and pregnancy. The more babies the mother carries
inside her the higher is her risk of premature labor.

If a woman needs an HCG injection to activate ovulation and ultrasound
scans show that too many follicles have developed, it is possible to
withhold the HCG injection. Couples may decide to go ahead regardless if
the desire to become pregnant is very strong.

Multifetal
pregnancy reduction is possible if too many babies are conceived – one
or more of the fetuses is removed. Couples will have to consider the
ethical and emotional aspects of this procedure.

What are the complications of infertility treatment?