Surrogacy- Things That You Must Know 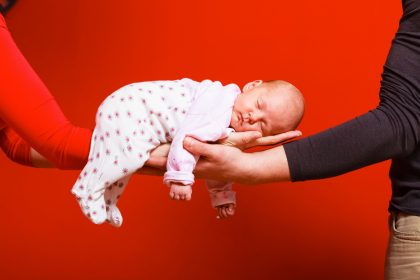 Infertility is a serious topic. We, at the best infertility centre in Hyderabad, get patients every day that are terrified by the thought that they aren’t going to have a baby.

But, infertility can be treated. If not that, there are still multiple ways to get a baby of your own. Surrogacy is a popular one among those.

Surrogacy is the process where a woman agrees to carry a baby for someone else. Following the birth of the child, the birth mother transfers custody and guardianship to the intended parent or parents.

A surrogate or birth mother is a woman who undertakes to carry and give birth for another person. The intended or commissioning parents are the parents of a baby delivered through a surrogacy agreement.

Many other individuals must be considered before taking this life-changing move, including the surrogate mother’s husband and children, the kid, and any other children of the intended parent (s).

Altruistic (non-commercial) surrogacy:The birth mother is not compensated in any way. Some states enable surrogate mothers to be reimbursed for reasonable medical expenditures.

Traditional surrogacy: The surrogate mother donates her own egg, which is inseminated with the sperm of the commissioning father. Because the infant is biologically the surrogate mother’s own kid, there may be future concerns over the child’s right to know her true identity.

Surrogacy involves the use of assisted reproductive technology (such as IVF). The process is done using:

Traditional surrogate:The father’s sperm is used to artificially inseminate a lady. They will then carry and deliver the kid for you and your spouse to raise.

The baby is then carried by the surrogate until delivery.